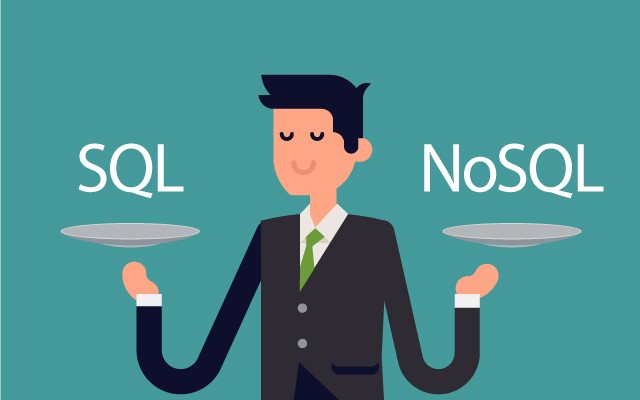 When it comes to database technology, there are two common categories: SQL and NoSQL or relational and non-relational database respectively. They are called SQL and NoSQL referring to whether they are written in structured query language (SQL).The difference is within the way the two technologies are built, the type of information they store, and how they tend to store it.

A relational database has a predefined structure laid out for them. On the other hand, the non-relational database is unstructured. It can store data of any form. This is the fundamental difference between the two technologies. Both the approaches have their advantages and disadvantages. Although the choice of technology that an organization decides to deploy in its database primarily depends on the requirements i.e., the kind of data that they are going to process.

This article explores these two technologies, compares both, and determines which approach works better.

For example, a typical table in SQL for an employee record would have columns for names of the employee, their dates of birth, salary, etc. In this way, multiple tables are connected through column entries.This relationship between database objects is visually represented in a schema. In a relational database, no information can be added unless the schema is clearly defined.

How Does SQL Work?

For a relational database to be efficient, the data being stored in it must be structured and organized. A well-designed schema minimizes data redundancies and keeps it synchronized. This is an extremely important feature for businesses that have sensitive data like financial transactions, personal information, etc.

For example, a column designed to store social security numbers would only be abl eto store a pre-defined number of digits. This helps in data storage and checking errors.Although this is a major advantage, however,the drawback is that if the column requirement was changed i.e., the social security number field was to be replaced with another one with more digits than the pre-defined field, then the entire schema would need to be changed.

One huge advantage that SQL provides is in the form of its powerful JOIN clause. It allows developers to retrieve data stored across multiple tables with one simple code. Examples of SQL databases are MySQL and Oracle.

Sometimes database requirements are not organized. For example, the data on the internet is present in a variety of forms like text, pictures, videos, etc. It is not always organized and hence it would be impossible to generate a schema for it. Without a schema, it is impossible to build an SQL, relational database. The attempt to process and analyze the unstructured data led to the development of this schema-less alternative.

No SQLdatabases offer greater flexibility than the traditional SQL solution.Non-relational databases are more like file folders, assembling related information of all types. For example, to store a blog’s information, the NoSQL would store it in the form of files, and all kinds of information about the blog would be saved.

The term NoSQL includes a variety of alternatives to relational databases. However, the one thing they all have in common is the flexibility they provide when it comes to dealing with data.

How Does a NoSQL Database Work?

Instead of tables, NoSQL databases are document-oriented. This means that non-structured data can be stored in a single document, which can be easily found. Storing data in such a way requires additional processing and more storage.

Both approaches have their advantages and disadvantages, especially when deployed fora data warehouse. Let’s look at some conventional cases where you might want to prefer one over the other.

If he data that you are typically going to deal with is of standard and structured nature, then the solution that will work better for you is the Relational or SQL database. The SQL database leverages organized information. Since SQL complies with the ACID properties, there are a reduced number of anomalies,and the quality of the data is good. This is extremely important for e-commerce or financial implementations. Hence, SQL works best for this type of data. It further makes it easier to define data arrangement in the database and is consequently efficient.

On the other hand, if your data is not precise, unstructured, and frequently changing, then the NoSQL Database approach will serve your needs much better. The biggest motivator of the NoSQL database approach is big data. It ensures that all the bottlenecks are removed from your system. A NoSQL database has no limits on the data type you want to store and allows you to add data with virtually no changes to the database.

Also, the NoSQL approach takes advantages of the cloud-based data warehousing solution much better than the SQL approach. It facilitates rapid software development because in the face of changing requirements, NoSQL doesn’t have to be changed.

In conclusion, if you are working with static and well-structured data, then SQL is going to serve you well. In contrast, if you are dealing with unorganized, constantly changing and huge data, then NoSQL database approach works better.

Not sure which approach works best for your organization? Get in touch with our data architects, and we’ll make sure you end up with the right solution.