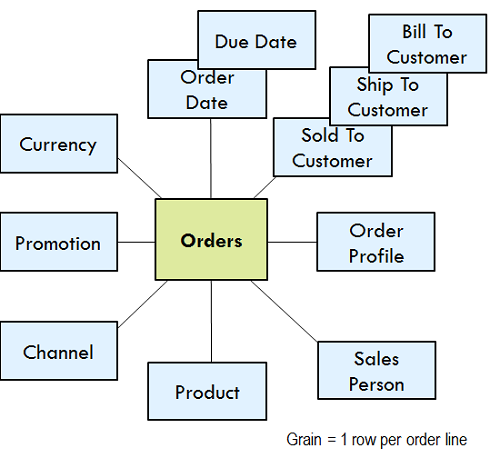 Dimensional modeling is one of the key concepts in data warehouse design. In its essence, it is a collection of techniques used to structure database tables. The primary benefit of using dimensional modeling is simplicity, optimized query performance, and faster data retrieval. It is mostly used for business reporting, owing to its simple structure comprising of denormalized data. Moreover, dimensional modeling is adaptable and scalable as per the changes in businesses; it is often as simple as adding a new column or creating a new table.

In this article, we are going to take a closer look at advanced dimensional table techniques.

Fact tables should have foreign keys pointing back to related dimensions, this is a fact but there are scenarios where fact table is populated or known before the associated dimension record. The scenario is termed as late arriving dimension or early arriving fact. An example of this would be a new employee getting enrolled in an organization’s medical insurance program. The employee is entitled to claim insurance from day one but all the requisite paperwork might take weeks to complete and hence hand over to the insurance company will be delayed. In the meantime, if the employee avails the insurance, the records will be classified as fact records but will not have the corresponding patient dimension details as the paperwork hasn’t arrived yet.

Looking for a rich information repository about data warehouse architecture updated regularly and maintained by experts in their field? Click here

To tackle this situation “inferred member” is used. This entails a multipronged approach where a new record and a new column is added to the dimension table. If we consider the above-cited example and incorporate it into an illustration from the insurance company’s point of view, it would look something like this:

Customer ID 521 allocated to the employee whose medical expenses have been received.

This approach satisfies the fact and dimension table relationship requirement, and allows the accommodation of the late arriving dimension. Later on when the record gets updated and the source system provides the value of the attribute such as name, it is updated and the inferred field bit is changed to 0 as shown below:

Databases have to be accommodating of universal standard time as well as local time zones. Trouble arises when there are multiple local time zones. Modeling such data requires a simple technique which is the placement of dual foreign keys in affected fact tables that join two relevant dates dimensional table.

Advanced dimensional modeling has other facets which make life easier, and data more comprehensive and readable. If you want to build an effective BI strategy for your business, get in touch with our data architects to ensure that you get the best value out of your investment.